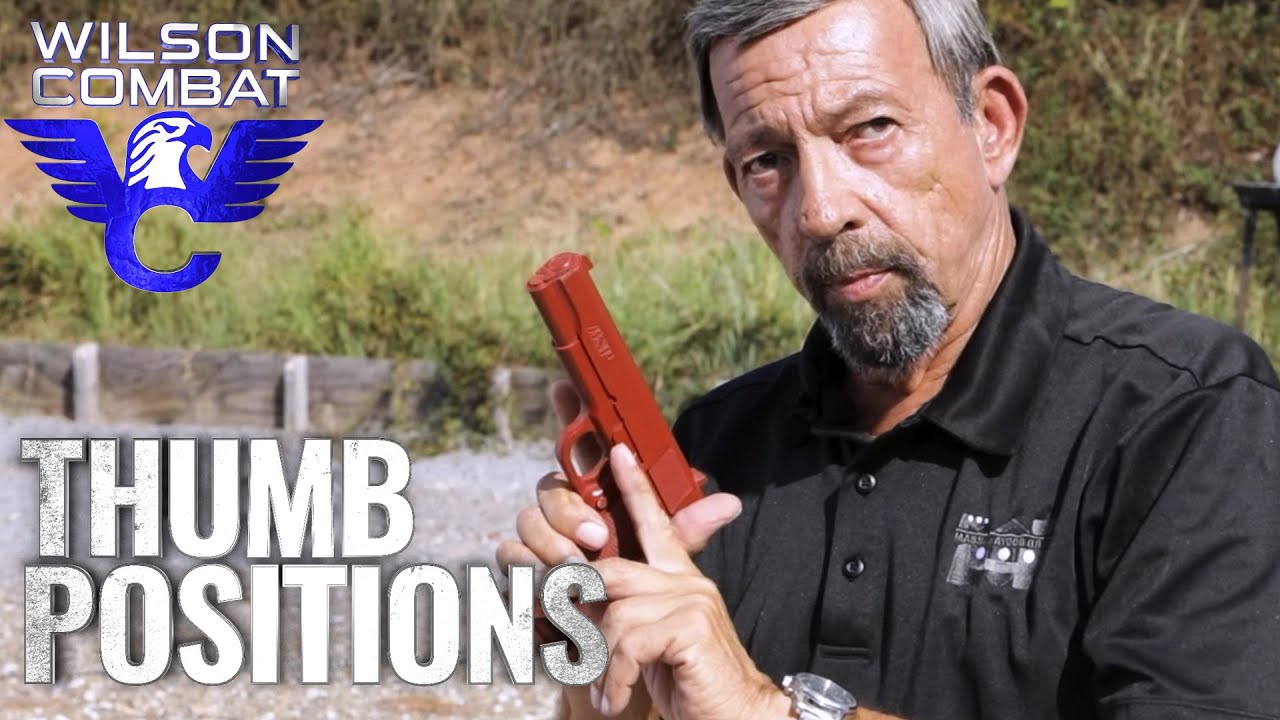 by Mrgunsngear Channel 3 months ago

No yelling, No hyperbole, no "showmanship." Just information presented in a meticulous and understandable way. How refreshing is that?

by Dave Johnson 3 months ago

Massad Ayoob is like E.F. Hutton.. when he talks people listen.

I know this dude is talented and busy, but he should seriously consider a career in narrating books.

by Poop Scoop Productions 3 months ago

the old guys still have it, grew up reading articles from Mass, Hackathorn and others....shit worked then and still works now

by Howie Feltersnatch 3 months ago

I've been teaching the "thumb down" position for more than 30 years now for the fighting pistol, as opposed to competition environments, ever since I learned its advantages from Ayoob in the old LFI days. It works fine for real fighting, across a wide variety of gun platforms, enhances weapon retention, and works well when one-handed shooting is called for. While it is true that "thumbs forward" probably does allow one to control recoil in speed shooting slightly better, I've found that if I have to teach non-dedicated personnel one universal gripping technique for actual self-defense, thumb down is the way to go. I do know that some very accomplished shooters have good luck with other techniques, but having been in an actual struggle for my service weapon, I like the retention power of thumb down. I also like that in this day and age of subcompact autopistols, thumb down is much less likely to foul the operation of a tiny 9mm pistol in recoil.

Younger shooters and instructors have referred to me as an old fashioned idiot for not adopting the nearly universal thumbs forward technique so popular on YouTube. Perhaps now that a recognized authority such as Ayoob has made a video that takes an in-depth look at the various thumb positions, those people may understand better that no technique is perfect, and what you adopt has a lot to do with what you expect to be doing. Well done, Mas.

by Tom Crawford 3 months ago

I love Massad I grew up reading his articles in handguns magazine.

by Kevin Simpson 3 months ago

by Jim Hartzell 3 months ago

by Robert Sauceda 3 months ago

I see Mas in the thumbnail, I click on the video.

Add a string and a rythm section and it'll sound like Barry White is giving instructions on where to put one's thumb in various positions...

I almost skipped this video when I saw it was about proper positions but then realized it was from Ayoob and had to watch it. He always offers a solid education and this time is no different. Thanks for tips on Baretta 92.

Yes sir! That's it! Not a religion. We constantly tell people we train that non of what we say (beyond safety) is dogma. I'm so happy to hear you say it to underscore the point.

by Brian Parker 3 months ago

by William 3 months ago

Thirty years ago, when I was a Gun Magazine reading teenager, I recognized him at an Airport when we were traveling. He was very friendly and extremely funny. I'd never heard his voice before, and when I started imitating him, he just laughed and made his voice deeper.

I really enjoyed this video. Thank you for making it available to us.

by MDpolo Gun Channel 3 months ago

Mass you are the man! I have enjoyed your writing for more years than I want to admit. Thanks for your leadership!

by HAWK GRUNT 3 months ago

Well done, thank YOU for your time! I now have the Wilson Combat EDC X9"S" (After having the X9 'Full-size')
I have learned, having the thumb in the downward position provides me with the utmost full-control of the X9S Subcompact Handgun.

by Michael Mason 3 months ago

The thumb down when shooting one handed seems to have helped me at least using the dry fire AP MantisX. Thanks!

by jim Assalone 3 months ago