Lawyer Who Aimed Gun At Protestors Says HE Is The Victim ⇅


#trofire #internet famous #Farron Cousins #mccloskey terrified #News & Politics
The lawyer and his wife who have now become internet famous in the worst way possible believe that they didn't do anything wrong, and insist that their actions had nothing to do with race. In fact, Mark McCloskey says that he and his wife were actually the victims in this situation and he told CNN that they were "assaulted", even though no assault took place. Ring of Fire's Farron Cousins discusses this the disgusting actions of these two elitists.
Link - https://www.washingtonpost.com/nation/2020/07/01/mccloskey-st-louis-guns-protest/
Become a member today!: https://www.youtube.com/channel/UCYWIEbibRcZav6xMLo9qWWw/join
Support us by becoming a monthly patron on Patreon, and help keep progressive media alive!: https://www.patreon.com/TheRingofFire
Find our merchandise at Teespring: https://teespring.com/stores/rof-store
Spread the word! LIKE and SHARE this video or leave a comment to help direct attention to the stories that matter. And SUBSCRIBE to stay connected with Ring of Fire's video content!
Support Ring of Fire by subscribing to our YouTube channel: https://www.youtube.com/theringoffire
Be sociable! Follow us on, Facebook: http://www.facebook.com/RingofFireRadio
Twitter: http://www.twitter.com/RingofFireRadio
Google+: http://plus.google.com/118415831573195648557
Instagram: https://www.instagram.com/ringoffirenetwork/
Follow more of our stories at http://www.TROFIRE.com
Subscribe to our podcast: http://www.ROFPodcast.com
*This transcript was generated by a third-party transcription software company, so please excuse any typos..
Now you may not recognize the names Mark and Patricia McCloskey, but by now you have definitely, if you spend any time on social media, you have definitely seen their pictures because Mark and Patricia McCloskey are the two individuals in st. Louis who brandished guns outside of their five story. Marble home as protestors came marching by on their way to the st. Louis mayor's house to tell her to resign. Now McCloskey Mark and his wife, Patricia were out there at least Mark, you know, was just holding his gun. Patricia, on the other hand, had her finger on the trigger gun pointed at the protestors and the pictures are all over. We can see this clear as day. Well there, uh, Mark himself, by the way, as a trial lawyer and a true trial lawyer fashion, he wanted to explain himself and, and defend his case. And he has every right to do it.
Unfortunately, his defense of the case of the facts on hand, uh, was absolutely pathetic. Uh, McCloskey has been making the rounds on the media sometimes with his attorney, by the way, but he told CNNs Chris Cuomo last night, the following, he said, I was a victim of a mob that came through the gate. I didn't care what color they were. I didn't care what their motivation was. I was frightened. I was assaulted and I was in imminent fear that they would run me over. Kill me, burn my house. Fear. I was always afraid. I was terrified. I'm the victim here? Mark McCloskey says again, Mark McCloskey was the one brandishing a weapon. His wife was the one pointing a weapon with her finger on the trigger at these people, those people from the footage we have seen from the pictures we have seen, they did not knock down any Gates.
They were not pointing weapons at the McCloskey. They were not threatening to come up there and run him over or kill him or burn his house. There is no evidence to back any of that up and being a lawyer, you wouldn't think McCloskey would know that you can't make a claim without the evidence to back it up. But that is exactly what he did. There is nothing, nothing available to back up. A single thing that Mark McCloskey said during that interview, we're the victims we were assaulted. No, you weren't. All it took was one misstep from your mustard, stain covered wife, and then you'd had real problems on your hand. She was out there with her finger on the trigger and the gun pointed at innocent human beings, innocent American, who were exercising their first amendment rights. They were the ones who acted lawfully. Now I understand you have a second amendment, right?
To own that gun. Sure. That does not give you the right to point it at individuals. See, that's crossing a line. That's when it becomes a credible threat of violence. And that is what you and your wife in fact were doing. And you know it, and that's why you get to make the rounds on TV. That's why you get to step outside the comfort of your five story marble, home, and go out there and say that I'm the victim. Oh, poor pitiful me. I'm just trying to protect myself and my family. He went on, he went on to say, I'm not the face of anything. Opposing the black lives matter movement. Uh, I was a person scared for my life who was protecting my wife, my home, my heart, my livelihood that goes on to sash man, 32 years, fixing up that to five story marble home.
I, Hey, he's making the argument like you supposed to write.
#rof #trofire #theringoffire #progressivenews 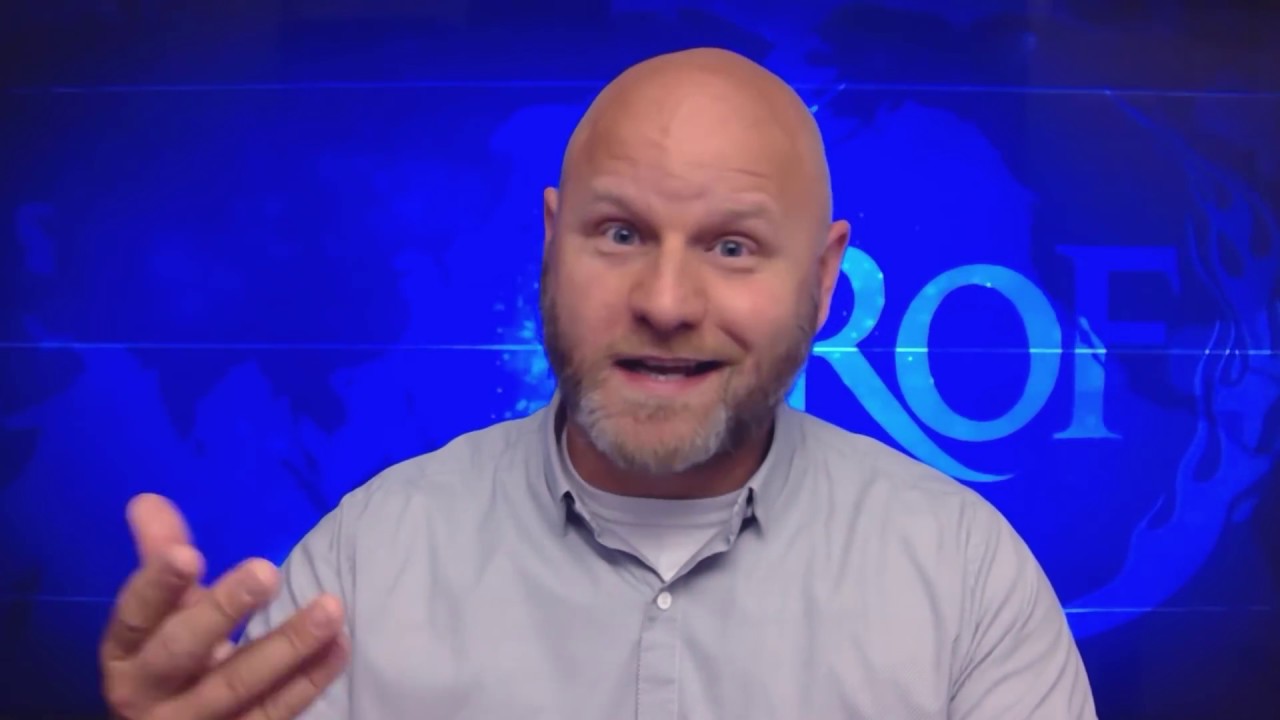 Lawyer Who Aimed Gun At Protestors Says HE... The Ring of Fire photo

"The most dangerous place for a black person to be is in the imagination of white people." ~DL Hugley

by NK Eveo 1 months ago

by ILL Skillz 1 months ago

by Jacqueline s 1 months ago

He must be a republican. Always playing the victim.

by andrew 1 months ago

is it just me, or do those 2 gun toting idiots, look like scooby doo villains?

"they're just melanin deficient individuals. pity them:(" sounds like they're brain deficient as well

by nini nono 1 months ago

by Chris Corbin 1 months ago

Isn't that redundant, if an attorney has an attorney? Oh wait, our President has a President (Putin). My bad!

by Alan Smith 1 months ago

5 story marble home? Somebody is overcompensating.

by Smoky Mountain Modeler 1 months ago

"You never aim a gun at a man to scare him. You aim it at him to kill him." Simon Fernandez WWII veteran.

by Edward Muertos 1 months ago

I'd never seen a guy in a pink shirt holding an assault rifle before... except maybe once or twice on Miami Vice 😂😛

by Left Is Best 1 months ago

If you point a gun at someone, you better use it......BUT, in this case, the lawyer and his mustard-loving wife needs to be arrested.

by adam woodfin 1 months ago

imagine having a law degree and still being a bumbling idiot

by Trill Mixin 1 months ago

Ppl like that are a good example why you guys need better Gunlaws because they are clearly unfit to wield deadly Weapons.

by bla blubb 1 months ago

See how fragile these scardy cat snowflakes are!? They're still terrified with an assault rifle in your hands, one with her pathetic finger on the trigger!

by Pricilla Shivvers-Triplett 1 months ago

Is it just me, or are right-wingers always eager to play that victim card? That the entire world is just harsh, cruel, and completely unfair to them? To go "oh woe is me!" while waving their guns at everyone that they deem a threat? And while we're on this subject...why aren't these lunatics in a rubber room yet?

by The Fozzy Bear 1 months ago

5 story mansion has to have a security system..... let’s see the video there cowboy

by Lord Raiden 1 months ago

By calling his clients "melanen deficient" they just brought race into the situation.