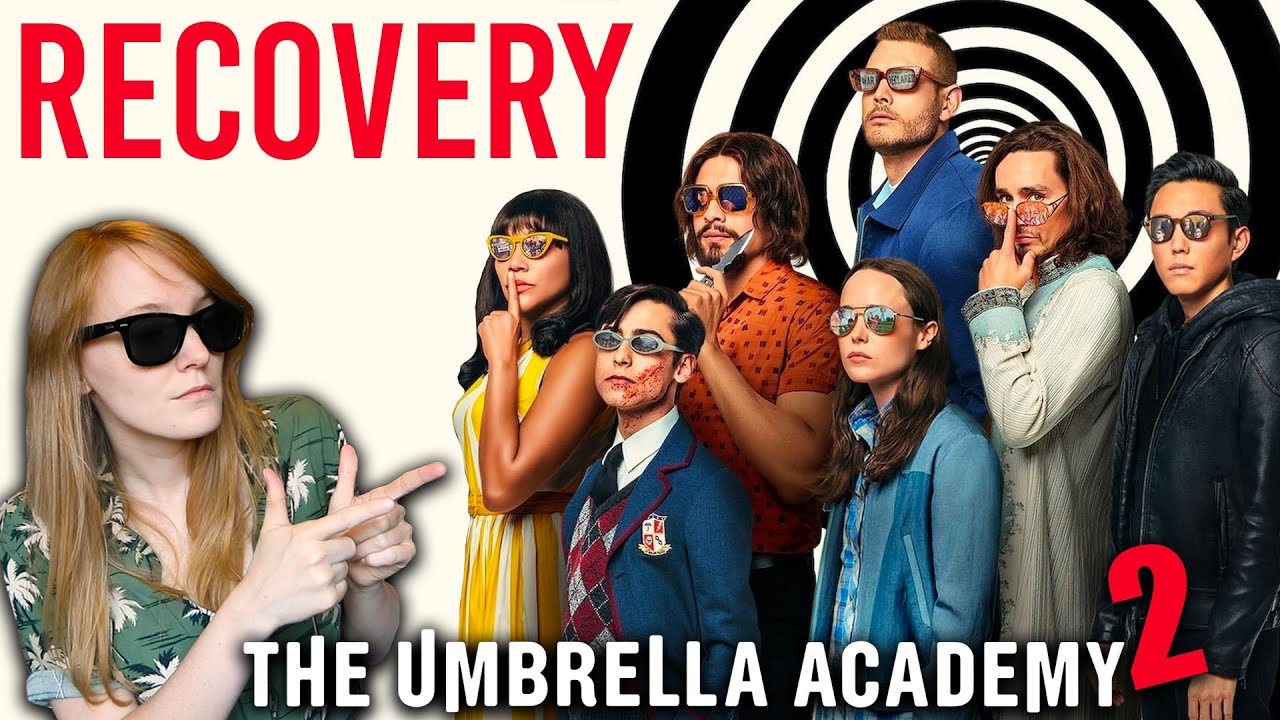 I Simp over THE UMBRELLA ACADEMY Season 2... Amanda the Jedi photo

Hargreeves shutting Diego down and making him stutter again had me in tears.

I'm just saying Klaus is the child of a miraculous birth, can speak to the dead, and has actually seen the coming apocalypse. How is he not an actual Prophet?

by William Ozier 1 month ago

"She's basically a walking 'no, u'" is the best explanation for Lila's powers in the most concise way it could be told.

I get annoyed when klaus doesn’t tell everyone that Ben is there, he’s gonna regret it season 3 probably

by An Oven 1 month ago

Ellen Page as a cottage core lesbian is everything and if that makes me simp her I'm okay with that.

Also I still can't get over Öga Foröga

by Melissa Silvester 1 month ago

The best scene was of Allison, Klaus and Vanya bonding and dancing in the salon. Also, they FINALLY nipped the weird Luther/Allison romance in the bud by pointing out that it was weird that they had to say that it "technically" wasn't incest! 😂

by Trina Q 1 month ago

"Amanda simps over ellen page!" that is...the most relatable thing i've ever heard

Season 2 is way better than season 1, seeing the family bonding and Vanya being happy and connecting with her siblings made me very happy

by Depressed breakfast 1 month ago

I personally volunteer as Vanya's love interest in season 3. I'll take the bullet. No need for anyone else to audition.

by Mia Hay 1 month ago

I thought the farmers husband was a well done character. He was a good man for the times, but an antagonist to Vanya. His actions were measured and restrained, which isn't the norm for characters like him. He didn't hit his wife or his son, and he pretty much ASKED Vanya to leave (A few homophobic threats sprinkled in). I was genuinely surprised.

by Celine Mukuka 1 month ago

Still can’t get over that line that Diego said:”I made that machine my bitch”that was iconic

by Phoebe Bawuah 1 month ago

I'm still trying to figure out who has the bigger daddy issues: Luther or Diego?

by Mr. Roybot 1 month ago

a little detail i love is that in Dave's last scene, the guy that hurries him to get on the bus calls him "marine", meaning that even though he ended up enlisting earlier, he enlisted in the marine instead of the army.

by Rei 1 month ago

When are people going to stop torturing the girl that can blow up the moon? It NEVER ends well.

by Ryan Watkins 1 month ago

by Bambi 1 month ago

I didn’t even catch the connection between Harlan’s toy and the new name for the academy. Im assuming that Harlan will have something to do with building the new academy with Hargreeves

I, a poor bisexual, felt very attacked by this season

by Elizabeth Hammons 1 month ago

I was literally screaming at my laptop for them to "go with Vanya, do not leave her on her own this time and help her save Harlan...goddamnit!" and then they did and then I screamed even more from happiness. Those poor, screwed up, try hard kids.

by Jenna Craig 1 month ago

Vanya's reaction to having dated a serial killer was hilarious.😂